In 1980 Cheticamp Boatbuilders first opened their doors. Jean Paul and Yvon Gaudet, along with their father, Joseph, were operating a contracting business and they decided to diversify their business by opening a boat building shop.

Cheticamp, located on the famous Cabot Trail, is an Acadian fishing village near the Northumberland Strait and the Gulf of St Lawrence. When Cheticamp Boatbuilders first started, they hired Mr. Kenneth Fraser Sr, as their master boat builder in order to teach our employees this new trade.

Our first boat was a 36 footer for a fisherman from Newfoundland. We also built a 45 footer for Mr. Fraser’s son. This boat is still being used by Mr. Fraser. A refit was done a few years ago. It is always nice to have repeat customers. Since Mr. Fraser was past retirement age, we were fortunate to obtain the services of Paul Roach. He had worked for many years with Fraser & Chiasson Boatbuilder in Cheticamp. Mr. Roach worked until 1982 when he retired.

During the 1981 and 1982, we built numerous wooden boats. Unfortunately, we had to close our doors for a few years during the closure of the cod fishery. In 1985, we reopened our shop. At that time, we started finishing fiberglass hulls. In 1990, we opened a marine supply store, a welding shop and we acquired a boom truck. We do all kinds of repairs including fiberglass work, carpentry, shaft installation to name a few. In 2006 we opened a residential Electrical and Plumbing division.

Cheticamp Boatbuilders employs around a dozen employees In 1989, Bruno Gaudet bought his grandfather’s shares in the company. Bruno has fished cod in the 1980, and he now also fishes Lobster and crab. His wide knowledge of the fishing industry is a big asset to the business. The majority of the employees have been with Cheticamp Boatbuilders since 1980. In 2005, Jean Paul and Yvon retired, and Alvin Roach, Gordon Deveau and Paulette Deveaux bought their shares.

Riding Out The Fishery

When Bruno Gaudet thinks back to more prosperous times for his home Village of Cheticamp , he gets a little nostalgic. He remembers a time when the groundfish industry was so robust that you could walk across the harbour from one boat to another.

That may seem like a cliché now, but the images of a crowded bustling harbour are still very much alive for Bruno, whose life is so inextricably linked to the fishery. “The boats came from all over,” he recalls. “I remember that during the month of November you could see as many lights on the horizon than on land. But in l993 it all changed. The Department of Fisheries and Oceans, worried about depleting fish stocks, closed the groundfishery in the Gulf of St. Lawrence. And while the Gulf fishery has since reopened on a small scale for flounder, grey sole and cod, the prosperity it brought to northern Cape Breton is a thing of the past.

That’s not a cheery scenario for a community that relies on fishing for its livelihood, and in particular a family that builds fishing boats for a living. Bruno’s grandfather, Joseph Gaudet with his two sons, Jean Paul and Ivan, started Cheticamp Boat Builders 27 years ago when the fishery was in its heyday. At the time, Bruno was 20. He had been on the water since he was five, learning about boat building from old-timers and by the time he was thirteen, he landed a job with his grandfather’s construction company.

It wasn’t long before Bruno learned the ins and outs of the boatbuilding business and from the beginning he accepted the fact that the prosperity of this volatile business rose and fell according to the fortunes of the fishery. “We built longliners, seiners, draggers, gillnetters, crabbers, lobster boats — some as big as 55 feet long and 22 feet wide,” says Bruno. “Business was good in the ‘80s. When the groundfishery closed, we really felt it.”

But business soon picked up again when the company started building boats for the Mi’kmaw bands that were granted fishing licenses by the Department of Fisheries and Oceans because of the Marshall Decision. “That’s how it’s always been,” says Bruno. “Good years and bad years.”

Today, Bruno along with partners Paulette Deveaux, Gordon Deveau and Alvin Roach, owns Cheticamp Boat Builders. And after 27 years, if anyone asks what he likes best about the business, he says: “Everything; everything except taking stock.”

For Bruno, it¹s a just a matter of staying positive. Surrounded by otherwise gloomy prospects, he says the one bright light in the harbour is the snowcrab fishery. A crab fisherman himself since 1998, Bruno believes it has been Cheticamp’s salvation. “We still have about 184 snowcrab boats in Area 19 from Margaree Habour to Bay St. Lawrence, and even though this year wasn’t the best, we had seven or eight very good years.”

For Cheticamp Boat Builders, that means finding ways to take up the slack in the lean years. Boat repair has always been a big part of the business, but it became clear to Bruno that to stay afloat he would have to branch out. In 1992 the company added a marine supply outlet and a welding shop. Even in the bad years, all the boats have to gear up. When equipment breaks down or wears out, it has to be replaced. We stock just about anything the fishermen need to stay on the water.”

And while diversifying his business within the fishery has been good for the company, Bruno now realizes he must find creative ways to reduce his dependency on the fishing industry. In a Maritime community such as Cheticamp it isn’t easy to come up with business opportunities that are not at the mercy of the fishery, but Bruno isn’t one to shy away from a challenge. Last year the company ventured into residential and commercial plumbing, electrical and appliance repair.

And by all accounts it seems to be working. “This past year we didn’t build any new boats,” Bruno says, “but because of the repair shop and the other sidelines, we had a reasonable good year.” If it turns out that the demand for fishing boats is not enough to sustain the company, Bruno says that Cheticamp Boatbuilders will try its hand at something else – cabin cruisers, for instance, and maybe even sailboats. “Sailboats would be a last resort,” he laughs. “We can build hulls with no problem, but we don’t have much experience about the rigging!”

But they’ll learn if they have to. It’s just a matter of outlook. And whether it’s because of his optimism, stubbornness, business savvy, or all three, Bruno has no intention of allowing negativity to dampen his enthusiasm for what he does. “I still look forward to coming to work” he says, “and if the time comes when I’m not, I’ll find something else to do.”

Reprinted with permission from the Inverness Oran 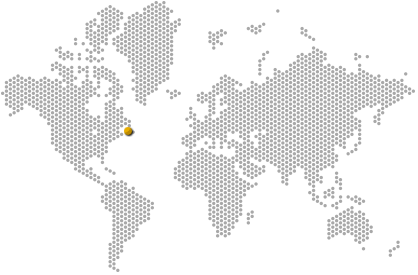